We use cookies to ensure that we give you the best experience on our website. If you continue to use this site we will assume that you are happy with it.Ok

Change is not negotiable. However, change is difficult without a clear path to follow and without informed and capable leadership. The best Practices promoted by CDI AMA are drawn from analysis of successful practices the world over.

Over 95% of the companies, who followed the program have enjoyed success and recovered their investment many times over. The testimonials on the website represent a tiny fraction of the positive feedback we have received over the past twenty years of successful implementations.

Open panel
GET IN TOUCH

What do you think about when you hear the word NASA? Surely, some alternatives could be: ships, space travel, technology and science … but, if you are like me, in addition to these words, surely you also have the perception of a place where people work with a high – if not the highest – Technical and scientific level in its field.

Chris Hadfield, Canadian astronaut, describes in his book An Astronaut’s Guide to Life on Earth, not only the rigorous training that astronauts undergo, physically and mentally, but also, the mystique that exists in NASA to analyze every situation … it does not matter how small or insignificant it may seem. Imagine having to screw something, wearing a heavy suit that makes movement difficult, in an environment where everything – including that screw – is hostile! It’s no wonder that the ability to make Formal Problem Resolution is vital for NASA and that each astronaut must possess it. Considering all this, engineers and scientists at NASA should be able to solve any problem and not need anyone else, right? Not so much …

In 2016, NASA made public the Space Poop Challenge, which sought to solve the management of human waste in space. Considering that every day, the possibility of humans traveling to Mars or beyond takes more weight, giving a solution to this type of situation becomes imperative. The interesting thing about this initiative is that the challenge was launched to the public, so that any citizen could offer suggestions on how to solve this problem satisfactorily, and help NASA with, say, this small detail. 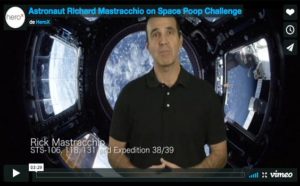 5,000 proposals were received, 19,000 people grouped into 150 teams from each country and continent participated. In February 2017, NASA announced the winner, Mr. Thatcher Cardon, whose proposal was based on his experience as a surgeon. Its design has a tiny air chamber in the crotch of the suit, through which items such as catheters and inflatable panels can be passed.

This story is interesting because it confirms something that we often forget: Human beings like to solve problems. From the moment we learned to make fire to this day, fighting against climate change, our history and evolution has been based on the Formal Problem Resolution.

In most companies and business environments, it is probably where we least remember this. The maelstrom of everyday life and the volatility of markets makes us assume that only those who are in a leadership position have the ability to understand daily problems and provide solutions. The participation of the collaborators, especially those in highly operational positions, is almost nil and, all the potential of obtaining creative and economic solutions for the company, is lost. In addition, there are other factors that influence us to not take advantage of all that potential in companies:

Let’s accept it, to solve problems (claims of a client or a high number of defects) in a correct and definitive way is not easy and takes time, which is a contradiction in the time in which we live, where we expect things to happen quickly, and where managers expect the answers to occur almost spontaneously. And, if we add to this an atmosphere of fear or retaliation, things get complicated. But with determination and an adequate process, it is possible to improve the quality of the analysis process and therefore, the quality of the results, based on a true Organizational Culture of Formal Problem Resolution.

I find the elements in this story almost symbolic, and as NASA has realized that the alternatives to better solutions increase when we involve more people. The human being likes to solve problems … and he likes to be part of the solution even more. Can you assure that in your company each collaborator is a true problem solver? If your answer is no, your company is wasting a golden opportunity and it´s time to do something about it.

To know more about how to achieve a true Culture of Formal Problem Resolution visit:

Other posts by Rosa Zapata

When: Wednesday 27 May 2020 at 7:00 PM. (Johannesburg, South Africa).
Hosted by: Rosa Zapata, Director, CDI Latin America
Guest Speaker: Dr Ian Matheson, Director, CDI AMA
Register Here!
Do you need an Effective
Problem-Solving
Culture embedded in your company?
Effective problem-solving requires a familiarity with appropriate problem-solving tools, but it is also totally dependent on company culture.
Mission-Directed Work-TeamsTM
provides a framework to support the ruthless search for root causes and implementable solutions to our operational problems with a view to improving the results delivered.
This relentless pursuit of solutions becomes a way of life, both at work and in one’s private life, and is a critical attribute of continuous improvement in world-class companies.
Do you need People, who make
decisions
by themselves and take
initiatives?
In traditional companies managers frequently find themselves doing work that should have been completed at a lower level in the organization, instead of focusing on longer-term objectives and coaching.
The
Mission-Directed Work-TeamsTM
program clarifies the roles and expectations of all employees in all teams to ensure that decisions and actions are taken at the most effective level.  The organization is structured to provide maximum opportunity for implementation of solutions, and mechanisms are introduced to encourage and recognize such initiatives.
There is no more effective strategy for engaging a workforce to deliver results.  This engagement is a key to sustainability.
Do you need a
more engaged
workforce to accomplish the company´s strategic performance targets?
Analysis of performance data from thousands of companies in all major market sectors indicates that success can be attributed to many different factors.
However, it is agreed that only 20% of the success arises through the use of lean tools. The other 80% can be attributed to the contribution from a fully engaged workforce.
The
Mission-Directed Work-TeamsTM
program introduces all the key elements required to create the high engagement organization necessary to generate world-class performance.
Are you seeking
improvements
in Key Result Areas – Quality, Speed, Cost, Safety or People?
CDI’s
Mission-Directed Work-TeamsTM
program ensures that the company’s most important performance targets are understood at every level of the organization, and that every team in every department has clearly aligned improvement goals in support of these targets.
Furthermore, the program provides the appropriate Process and People tools for achievement of these objectives and for continuous progress review.
Internal competence is developed by the CDI consultants to ensure that the client enjoys ongoing, sustainable improvements into the future.
Get in touch